Steam
sku: 12257508
$10.26
342.00 грн.+11%
~ 379.00 грн.
$10.26, $1.00 = 36.92 грн.
685.00 руб.+6%
~ 720.00 руб.
$10.26, $1.00 = 70.38 руб.
€ 9.80-4%
~ € 9.40
$10.26, € 1.00 = $1.09
Shipping from: China
the store does not ship to your country
Description
Cursed Legacy is a new Chapter for Dead by Daylight. It includes a Killer, The Oni, a Survivor, Yui Kimura and a Map. Purchasing the add-on will unlock its new Killer, new Survivor, and an exclusive item for the survivor.The Cursed Legacy Chapter includes a new map, the Sanctum of Wrath. The Oni is the new Killer. A former Samurai corrupted by the Entity and turned into a dark reflection of his inner angst, a hideous creature of rage, an embodiment of wrath and cruelty that reigns terror upon his victims. The new survivor is Yui Kimura. A rebel against traditions, a protector to those who cannot protect themselves, an exceptional motorcyclist who suddenly finds herself in an endless race for her life. The Cursed Legacy Chapter also features an exclusive cosmetic item: Yui's Pink Striped Top.What does it mean to be authentic? How does one follow one’s destiny despite the pressures of family and tradition? Often following one‘s path is a strenuous, narrow struggle full of unexpected joys and difficulties. Ultimately it’s about finding the balance between tradition and self-actualization. But as one struggles for identity, decisions are made and consequences, good or bad, must be faced.The OniHeir to a famous Japanese swordsmanship school, Kazan Yamaoka sought to surpass his reputation as a warrior by turning his back on honor and family and embarking on a dark pilgrimage of bloodlust. As he waged his personal war against self-proclaimed samurai, he was bestowed with the derogatory and despised nickname of Oni-Yamaoka, a reference to the hideous creature of legend. One day, he met his fate as his former victims took revenge on him. It drew the Entity’s attention and he was deemed worthy of becoming part of its world, joining the other killers there, but ironically under the very form he had been compared to in his former life.The Oni’s Power: Yamaoka’s WrathThe desire to destroy weaker bloodlines shaped into a literal force. The Oni absorbs blood orbs left by injured Survivors. Once he’s collected enough orbs of blood, The Oni enters BLOOD FURY mode. Once active, The Oni will sheathe his katana and switch to his devastating kanabō. Blood Fury also grants The Oni access to powerful abilities:- DEMON DASH allows The Oni to cover large distances quickly, closing the gap between him and his victims.- DEMON STRIKE extends the range of The Oni’s attacks, and immediately puts Survivors into the dying state.The Oni comes with 3 new perks.Zanshin Tactics“See what others cannot see.” The auras of all nearby pallets and vault locations are revealed to The Oni. Zanshin Tactics briefly deactivates any time The Oni hits a Survivor.Blood Echo“Make them suffer.” When a Survivor is hooked, all injured Survivors suffer from the Hemorrhage status effect and the Exhausted status effect for a short time.Nemesis“Know your enemy.” A Survivor who blinds or stuns The Oni becomes the Obsession. Anytime a new Survivor becomes the Obsession, they become Oblivious to The Oni’s presence for a short duration, and their aura is briefly revealed.Quick, daring and superstitious, Yui Kimura was one of the youngest motorcyclists to break records in unsanctioned street races as well as the very prestigious Moto Grand Prix of Japan. Breaking with tradition and against her parents’ wishes, she left her home to pursue her dreams of racing and led a gang helping women in troubled situations. Until she found herself roped into another endless race where crossing the finish line was a matter of life and death.Yui comes with 3 new perks.Lucky Break“Leave no trace.” Any time you are injured, Lucky Break activates. You won’t leave any trails of blood for a limited amount of time. Once the full duration has elapsed, Lucky Break is permanently deactivated for the remainder of the trial.Any Means Necessary“Use your environment to your advantage.” Reset dropped pallets to their upright position. Using this perk incurs a lengthy cooldown.Breakout“Inspire hope in your allies.” When you are near a carried Survivor, you move faster, which, in turn, motivates the carried Survivor to wiggle faster.New Map: The Sanctum of WrathOnce opulent and well-tended by priests, this shrine was abandoned for reasons unknown. Paths that once welcomed weary travelers had become thick with vegetation... growing damp and unrestrained. A stranger shuddered with rage as he stepped into the area. Unable to restrain himself, he unleashed his might on the statue atop the shrine. Even after he left, a rot seemed to pervade the air.Exclusive Items for YuiThe Cursed Legacy Chapter includes an exclusive item: Yui’s Pink Striped Top, only available as part of the DLC. Please note that this item cannot be purchased separately.
Technical Details
Price history chart & currency exchange rate 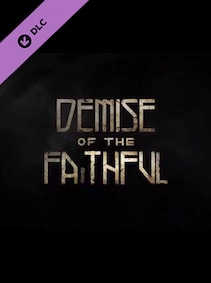 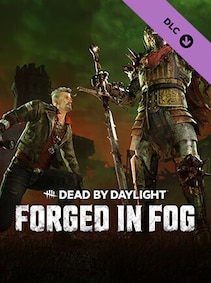 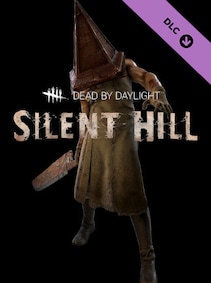 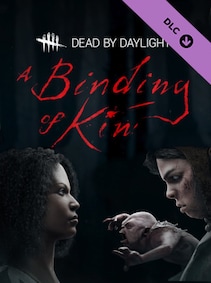 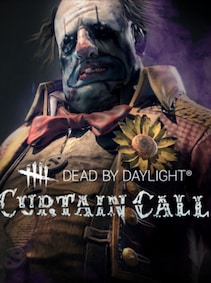 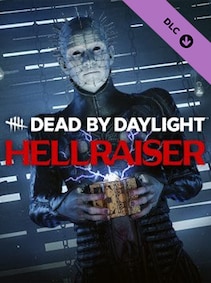 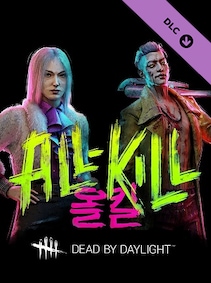 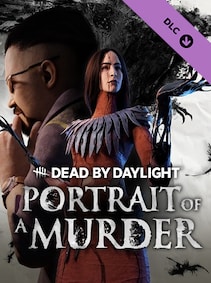 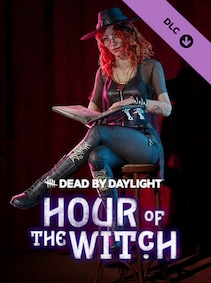 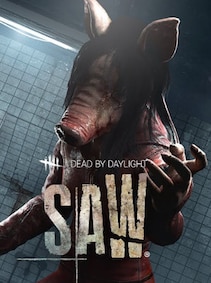 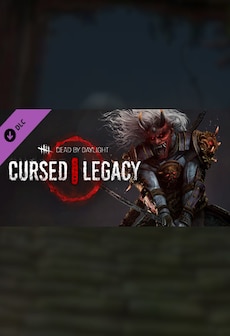 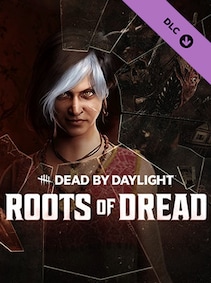 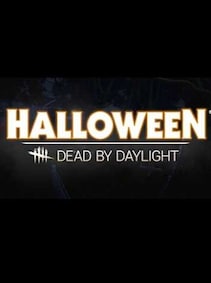 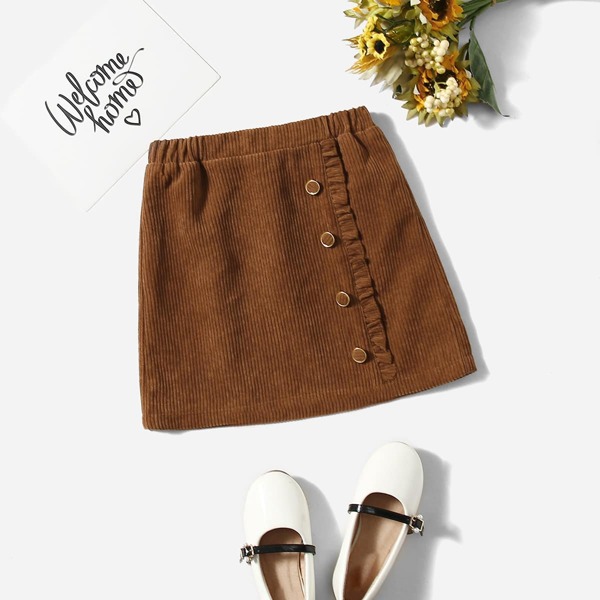 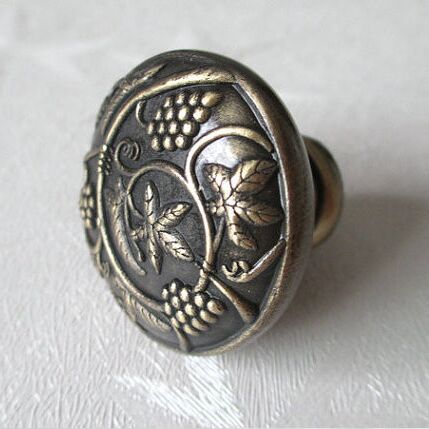 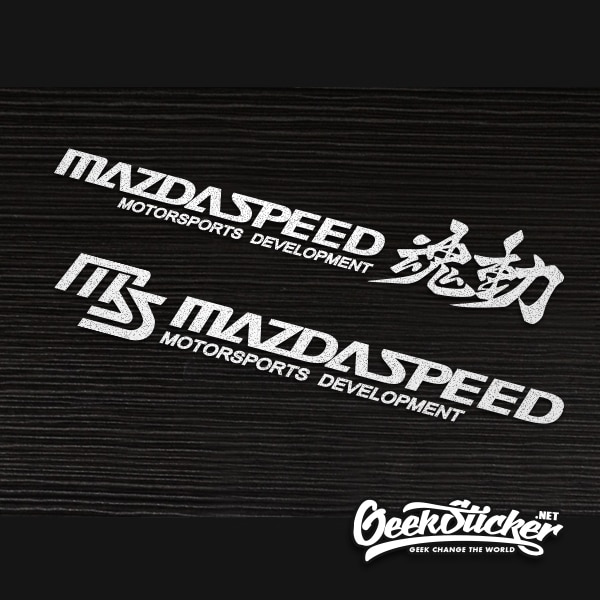